In this article, we will be talking about how to look for a PVC inflatable kayak.

I have spent significant time in many different kinds of vessels ranging from sea kayaks, canoes, recreational kayaks, folding kayaks, and inflatables. Outside of folding kayaks, PVC kayaks are probably the closest you will get to the on-water performance of their hardshell cousins.

Unfortunately, a lot of PVC kayaks do come with a bit of a price tag. If you want a kayak you can just mess around at the cottage with the kids every once and a while then it’s best to look at some of the cheaper kayaks like Intex.

However, if you have a specific activity in mind or are having to sell your hardshell for space then you have come to the right place.

Some things we will touch on in this article is:

Ready? Let’s get into it!

What’s the Difference Between PVC and Hypalon?

Hypalon is a trademarked synthetic rubber made of CSPE (chlorosulfonated polyethylene). It was originally created by Dupont but they stopped production of it in 2009. As a result in today’s day in age, there is a greater number of inflatable PVC kayaks out as opposed to Hypalon. The name has since changed to CSM.

PVC, known as polyvinyl chloride is a synthetic plastic polymer that can come in different thicknesses such as the most common 1100 denier and 1100 decitex. PVC is the most common material for inflatable kayaks and boats these days as it is cheaper and more efficient to mass-produce.

Below are some of the pros and cons of choosing PVC for your Inflatable kayak.

While Hypalon is not as common as it was 10-15 years ago you can still find the material now known as CSM in some small more specialized boat manufacturers including the US Coast Guard.

How can you tell if your inflatable kayak uses PVC or Hypalon? Most of the time they say on the website but there are a few tests you can do to check.

Below we will show you what things to look for, some examples of inflatable PVC kayaks as well as How you can care for your PVC kayak to ensure it lasts a long time.

Unfortunately, you will have to fork out a bit more for a PVC kayak as opposed to Amazon makes like Intex or Sevylor. If you are strict on budget and want something as close to PVC as possible I would suggest the Intex Excursion Pro. It’s not made of PVC but I believe it is made of vinyl with PVC coating that makes it more durable.

For a good PVC inflatable kayak, you will be looking at about the $1000 range. There are a few models that dip below but most will be over $1000. We go through that below.

Look For A Well Known Manufacturer

It’s often tempting to try to get the best deal possible by going to some Chinese sites and looking for something that’s half the price. That’s all good if you don’t care about how long the boat lasts but I personally like to have a guarantee.

Reputable Inflatable kayak manufacturers Should offer at minimum a 2 year warranty for their kayaks and a 30 day return period.

Not all PVC kayaks can do the same things. Inflatable kayaks with different hulls are meant for different paddling environments.

V Shaped Hulls like those found on the Sea Eagle Razorlite 393 RL are best for speed and calmer water conditions. They cut through the water with their sharp pointed nose while the chine allows some extra tracking. V Shaped Hulls are not the best for stability and are more for intermediate to advanced paddlers.

Planing Hulls can be found on models like the Star Raven Pro kayak. They are flat at the bottom and feature an uplifted rocker. These are hulls you use to maximise manoeuvrability. As a result, they are best used for white water kayaking. If tracking is your game plan you will probably get a bit frustrated with this kayak as they do not paddle in a straight line efficiently.

Pontoon Hulls like those found on the Aqua Glide Mckenzie feature a V shaped chine at the bottom followed by the sidewalls giving it a W look on the bottom. These hybrids are a jack of all trades that focus on stability. They are ideal for fishing but can also be used as a calm water/ white water hybrid.

Flat Hulls are usually the most common for inflatable kayaks and feature the most variations to them. While the middle of the kayak is flat there are often modifications like built in keels that can make the kayak perform better in flatwater. An example of a flat hull kayak with a modified keel would be the Sea Eagle FastTrack Kayak 385ft.

The best way to find out how durable an inflatable kayak is is to look at customer reviews. Not just manufacturer reviews or Amazon reviews but more reviews that show that the boat has been used for years. There are 3 places I go to find this information.

There are where you will mostly find honest reviews of folks who have tried these kayaks for years and decide to make either a written or video review. On Reddit, you will find the best information in the answers given to people who ask questions.

Inflatable Kayak Brands made of PVC

What Can I Do to Protect my PVC Kayak?

There are a few things that you can do to improve the lifespan of your PVC kayak.

Is a PVC Inflatable Kayak for You?

If you are more serious about kayaking but don’t have any room to store a hard shell then yes a pvc inflatable kayak is for you. PVC kayaks tend to be for kayakers who have a specific activity in mind and want to pursue it with some degree of on-water performance.

Contrary, if you are on a budget and may only use the kayak once and a while for more casual recreational use. There is no shame in getting a vinyl kayak like Intex from Amazon. 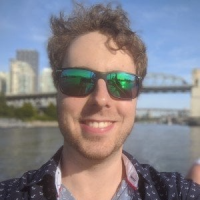 Author:
Derek
Hey, there! My name is Derek and I have been around kayaks and canoes all my life. The last 5 years I recently turned my attention to inflatable kayaks and my world has been a lot more portable since! When I'm not kayaking I like to watch motorsports, play hockey and work on this site!

Keep in mind that we may receive commissions when you click our links and make purchases. However, this does not impact our reviews and comparisons. We try our best to keep things fair and balanced, in order to help you make the best choice for you.

As an Amazon Associate, I earn from qualifying purchases.